Craig is known for his massive leg in the top Arena Leagues in North America.

No matter the team, “The Leg” has a cheering section. He is a cult hero in many arenas.

He doesn’t take any part of the play off as he kick’s bombs and then chases the play to join his brothers.

Craig grew up excelling at soccer in Upstate New York. It wasn’t until his senior year at SUNY Cortland that he ever even tried out for a football team. Despite showing great athleticism and a powerful leg he was cut. He would eventually go all in on becoming a professional kicker after watching an NFL Kicker miss a 50 yard field goal and claiming he could nail that to his friends.  His friends (and fans around the arena leagues) would soon find out that not only could he hit from 50, but he can hit from 70+. He has since gone on to become a cult hero for fans of teams he’s played for and you’ll regularly hear chants of “Craig The Leg” at his games. He has racked up countless views on social networks for crazy trick shots and big time hits. 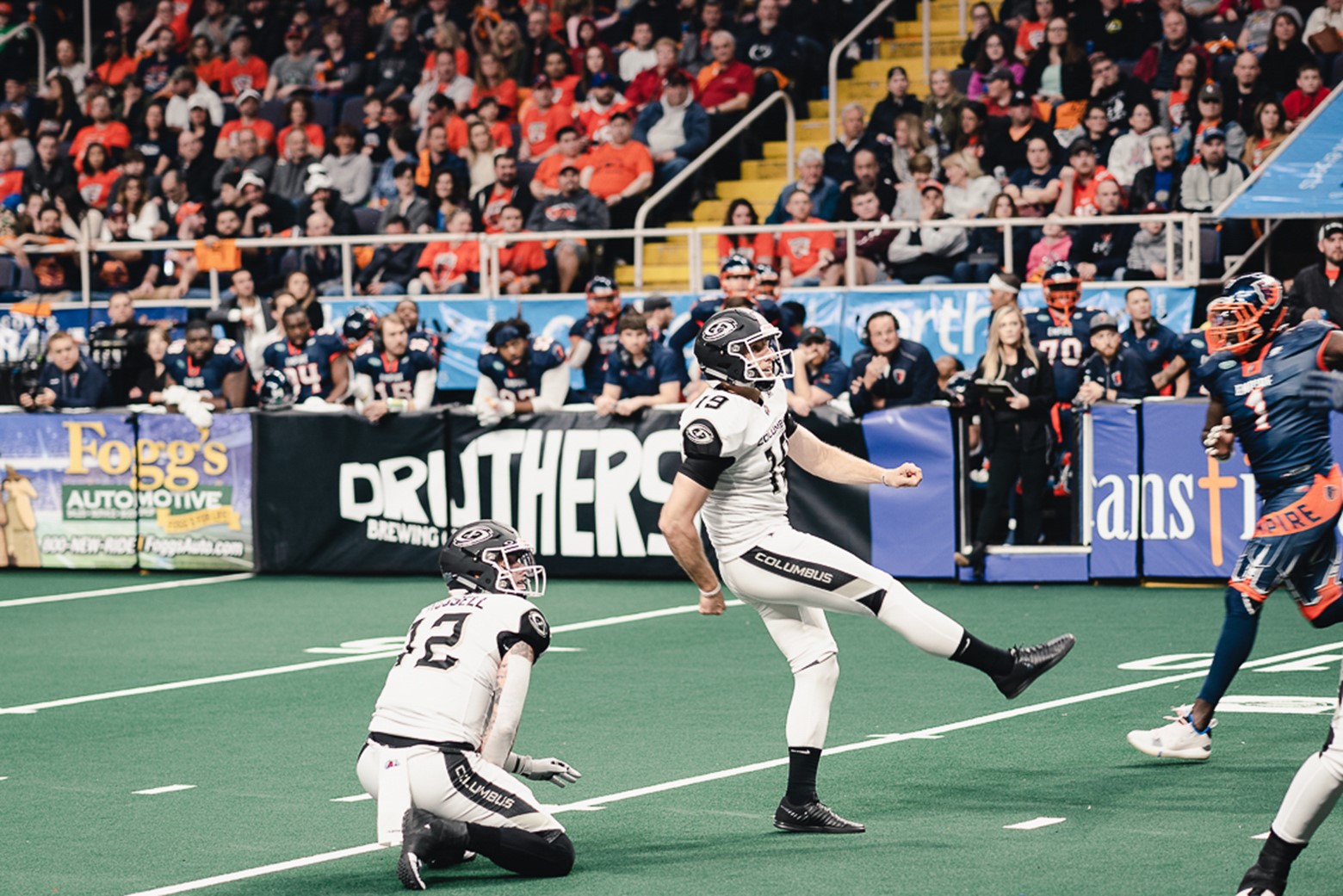 Get updates on his journey.

Akullian Creative is currently in production on “Craig The Leg”, a short film with plans of kicking off in 2020. After being inspired by Craig’s story, the team at Akullian Creative jumped on the opportunity to start documenting the journey.

We’re looking for people to help us tell his story.  If you have great memories, pictures, video, audio, or anything else that would help us get Craig’s talents recognized please fill out the form below or email Rich “Ace” Akullian: ace@craigtheleg.com.